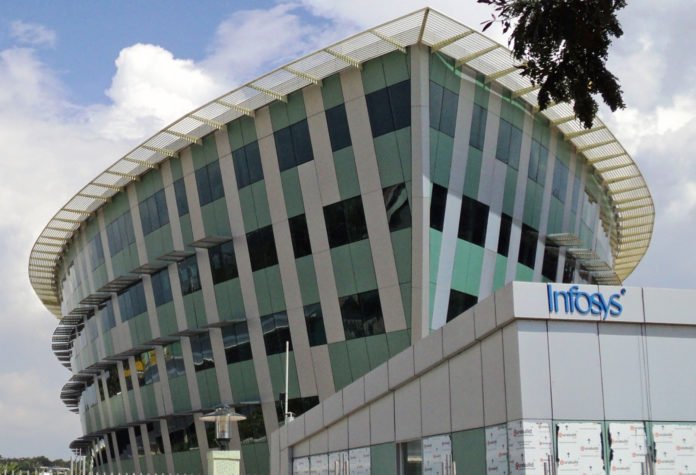 Equity indices were in the red during early hours on Tuesday amid mixed global cues but software major Infosys plunged by nearly 13 per cent after a whistleblower complaint accused senior company officials of indulging in unethical practices.

Among stocks, Infosys was the top loser at Rs 667.85 per share — down by 13.02 per cent — a day after an anonymous group calling itself ‘ethical employees’ alleged in a letter to the board of Infosys and the US Securities and Exchange Commission (SEC) that the company is taking unethical steps to boost short-term revenue and profits.

Tata Motors lost by 3.6 per cent while HCL Technologies slipped by over 1 per cent. Tech Mahindra and Coal India were also in the red.

However, Yes Bank gained by 7.2 per cent on reports that billionaire industrialists Sunil Mittal of the Bharti Group and Pawan Munjal of Hero MotoCorp could be picking up stake in the private lender.

Though the bank has denied such speculation, its stock has gained consistently in the past one week. Wipro, Titan and Bharti Airtel showed marginal gains.

MSCI’s broadest index of Asia Pacific shares outside Japan added a modest gain of 0.3 per cent while South Korean stocks rose by 0.9 per cent and Shanghai blue chips were flat.

Reports said US President Donald Trump and Chinese President Xi Jinping are set to participate in the Asia Pacific Economic Cooperation (APEC) meetings in Chile during mid-November where a partial trade deal could be signed.