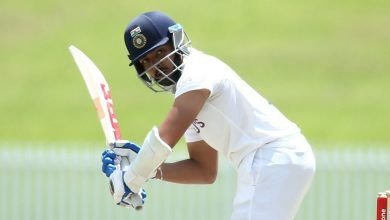 Former Australia spinner Shane Warne on Saturday said that Indian opening batsman Prithvi Shaw will always struggle at the international level with the technique he has.

Warne’s remarks came as Shaw once again failed to get the runs in the ongoing first Test between India and Australia. Shaw was bowled out for a duck in the first innings by Mitchell Starc, while in the second innings, he managed to score four runs, but he was once again bowled by Pat Cummins.

“No surprise that Burns struggled yesterday as he looks horribly out of form – fingers crossed he can get some in his second dig. Shaw will struggle at this level with that technique,” tweeted Warne.

The former Australia spinner Warne also said that there is no surprise that opening batsman Joe Burns failed to get runs in the first innings as he looks terribly out of form.
Burns was sent back to the pavilion by Jasprit Bumrah after the batsman managed to score just eight runs.

India bundled Australia out on 191 in the first innings of the first Test after Umesh Yadav, Ashwin, and Jasprit Bumrah’s heroics with the ball. The visitors were 9/1 in the second essay when the umpires ended play on the second night.

The 62-run lead with nine wickets in the bag could prove to be crucial as the wicket isn’t getting any better for batting.
Mayank Agarwal (5) and nightwatchman Jasprit Bumrah (0) will look to start afresh after battling it out against Pat Cummins and Mitchell Starc in the dying stages of the second day.

The post Warne says- Prithvi Shaw will struggle at the international level with his technique appeared first on Digpu News Network.