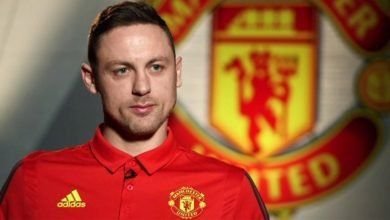 Manchester United’s Nemanja Matic believes that in order to win the Premier League title, his side will have to put together a winning run of games.

Nemanja Matic said the team needs to win five or six consecutive games before they can afford to drop a few points and then again begin a new winning streak.
Matic’s remarks came after Manchester United defeated Sheffield United 3-2 in the Premier League here on Friday.

“We have to forget the game tonight and focus on the next one. For us, every game is a final. Every game is the game of our lives for us. I believe that we can do something,” he added.

With this victory, the club has moved up to the sixth position in the table, having amassed 23 points from 12 games. Interestingly, all the clubs positioned above Manchester United have played 13 games so far in this season of the league.

Nemanja Matic further stated: “We play many games, every three days. We are lucky that we have a big squad. Sometimes we can rotate the players. I think everybody is ready. We only have one or two injured players, so every training we are training on the pitch. It’s good for the team and we are very confident.”
Manchester United will now take on Leeds United on Sunday.

The post Nemanja Matic – To win a title, you have to win five or six consecutive games appeared first on Digpu News Network.