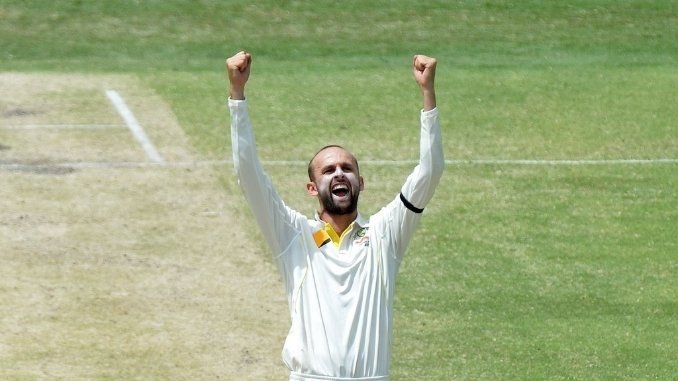 Australia spinner Nathan Lyon has said that he likes to keep things simple and he does not make any changes to his bowling approach when playing against India.

The first Test of the four-match series between Australia and India, beginning on December 17 will be played at the Adelaide Oval and it would be a day-night contest. Australia has the best-record in day-night Tests as the side has not lost a single match that has been played with the pink ball..

“They’re a very attacking side they always want to attack a spinner which is fantastic. I love that challenge. But to be honest it’s more about me and playing my role within the Australian cricket side and doing what Tim Paine has asked me to do. It’s just about doing the little one-percent things and not worrying too far about what India is doing,” said Lyon during a virtual press conference.

“We know the quality of cricketers they’ve got in their squad and we know how they come out and play their cricket. It’s a good challenge. But I don’t approach my bowling any different just because it’s India, that’s for sure. Over the past five years, my bowling has probably gone to a new level – I’m really confident with where my bowling is at at the moment,” he added.

Opening batsman David Warner has been ruled out of the first Test against India as he injured his adductor strain during the second ODI against the visitors. Will Pucovski has also been ruled out as he suffered a concussion in the three-day practice game against India A.

“It is disappointing when you lose players to injuries, we all know the quality of Warner. You look at both sides, they have superstars and both have good bowling attacks. It would be a massive challenge for both the teams, we all know what happened last time India came here. I think it is pretty even, both are good sides, India and Australia are the top two sides in my eyes so it will be a massive challenge,” said Lyon.

Talking about playing a Test match after almost one year, Lyon said: “100 per mate. It has been a long time since we played Test cricket. It has been a challenging year for everyone, cannot wait to play some Test cricket, and especially competing against one of the strongest sides is the icing on the cake. I enjoy the atmosphere of playing the day-night Test. The wicket here in Adelaide is the best in the world. Bowling with the pink ball is exciting for me and I am looking forward to it.”

The Border-Gavaskar series will be telecasted on Sony Ten 3, and Sony six channels. The first Test of the series, a pink-ball contest, will begin on December 17 at Adelaide. Australia had won the ODI series while the Men in Blue walked away with the honors in the T20I series.

The post Lyon says I don’t change my bowling approach just because its India appeared first on .