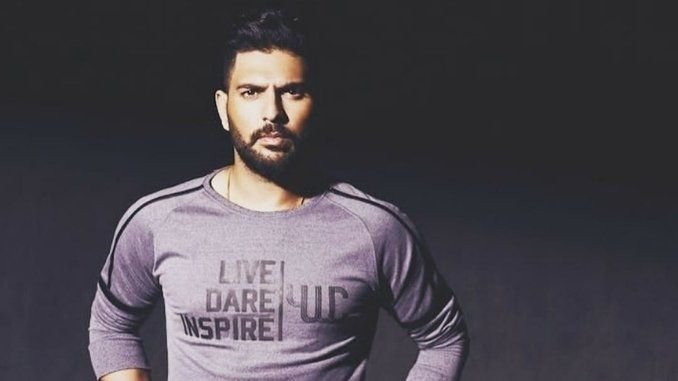 Wishes pour in for former India all-rounder and 2011 World Cup hero Yuvraj Singh as he turned 39 on Saturday.

His former teammates Gautam Gambhir, VVS Laxman, Harbhajan Singh among others took to Twitter to extend their birthday greetings to the southpaw. Taking to Twitter, Gambhir wrote, “Wishing India’s man of both world cups and my dear brother @YUVSTRONG12 a very happy birthday! Your journey has been an inspiration for millions Prince! Stay healthy and happy always!”
“Happy birthday brother @YUVSTRONG12 #SixerKing #HappyBirthdayYuvi,” Harbhajan tweeted.

Former all-rounder Suresh Raina, who retired from international cricket in August this year alongside MS Dhoni, also extended his greetings to Yuvraj on his birthday.
“Happy Birthday Yuvi Pa @YUVSTRONG12. May you be the healthiest & happiest always. Keep shining & keep inspiring us forever. Here is to all our wonderful memories on & off the field.#HappyBirthdayYuvi,” Raina tweeted

Earlier in the day, Yuvraj Singh took to social media to announce that rather than celebrating his birthday this year, he wished for a speedy resolution of the ongoing conflict between farmers and the Central government. He also distanced himself from remarks made by his father Yograj Singh endorsing the sportspersons returning their awards to support the agitation.

Yuvraj Singh announced retirement from all forms of cricket on June 10 last year. In a career that spanned over 304 ODIs, 58 T20Is, and 40 Tests, Yuvraj Singhimprinted his place in the echelons of cricket as a player who could pretty much win matches for his side either through his electric fielding, deceptive bowling, or fierce batting.