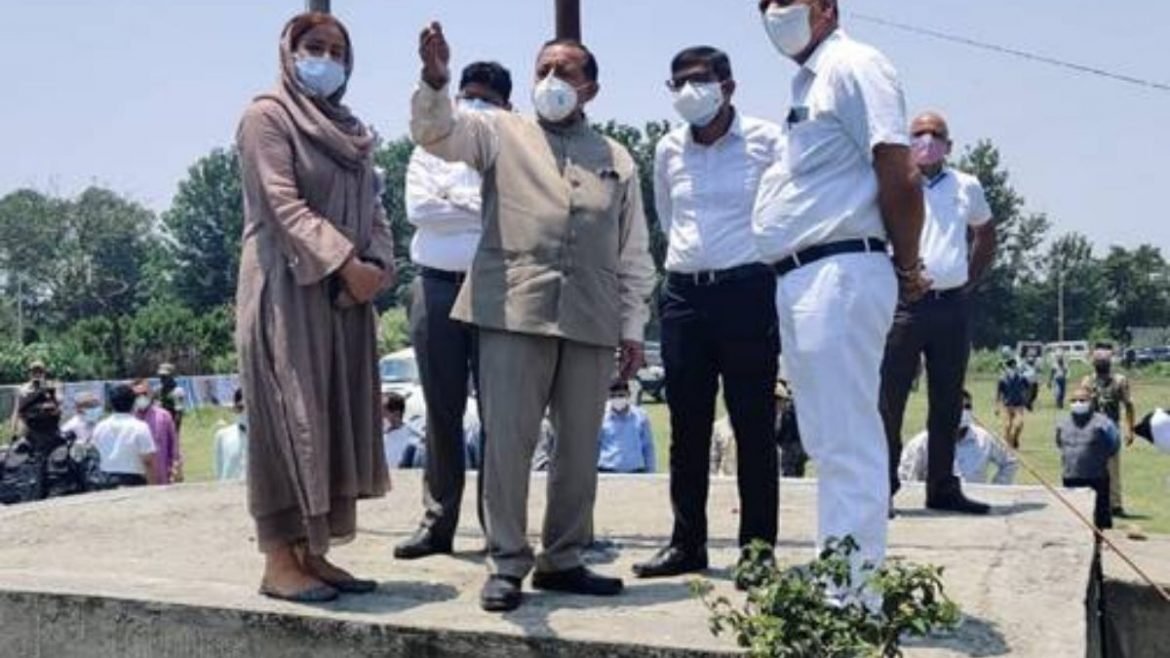 Asks authorities to expedite the work during a visit to the site of the Project: Dr. Jitendra Singh

During a visit to the site of the Project, accompanied among others by Divisional Commissioner Raghav Langer, Secretary Sports Council Nuzhat Gul, District Development Council Chairman Col Mahan Singh, Deputy Commissioner Rahul Yadav, Municipal Chairman Vijay Sharma, and other senior officers, the Minister issued instructions to follow up the project on a day-to-day basis and complete all the remaining formalities and procedural requirements at the earliest, beginning from tomorrow. He said, he would be personally receiving regular updates of the progress from the concerned officers.

Striking a sentimental note, Dr. Jitendra Singh said, this project is dedicated to the youth of the country and was planned with deep respect and reverence to the memory of Late Arun Jaitley who was known to promote the youth talent and had mentored several promising youths and their potentials during his lifetime.

He recalled that he had accompanied Jaitley during his last visit to Jammu when the people of Hiranagar had made a demand before him for setting up of such a complex, but before he could consider it, his health got indisposed and he passed away, following which we took upon ourselves to set up a Complex which would be befitting the tall stature and vision of Arun Jaitley.

Funded by the Centre and spread over 37 acres of land, Dr. Jitendra Singh said, once this project is complete, it will not only bring Hirangar but also the entire Jammu & Kashmir on the map of India and in course of time will be known as an international destination by virtue of the events that are going to be organized here.

The Foundation Stone of this project said Dr. Jitendra Singh, was laid soon after the first death anniversary of Arun Jaitley but there were disruptions on account of the surge in the COVID pandemic. Meanwhile, there were also District Development Council elections followed by Assembly elections in Assam and his own personal hospitalization on account of COVID infection. He said the authorities have been asked now to make up for the time-lapsed and try to stick to the timeline of completion between two and a half and three years.