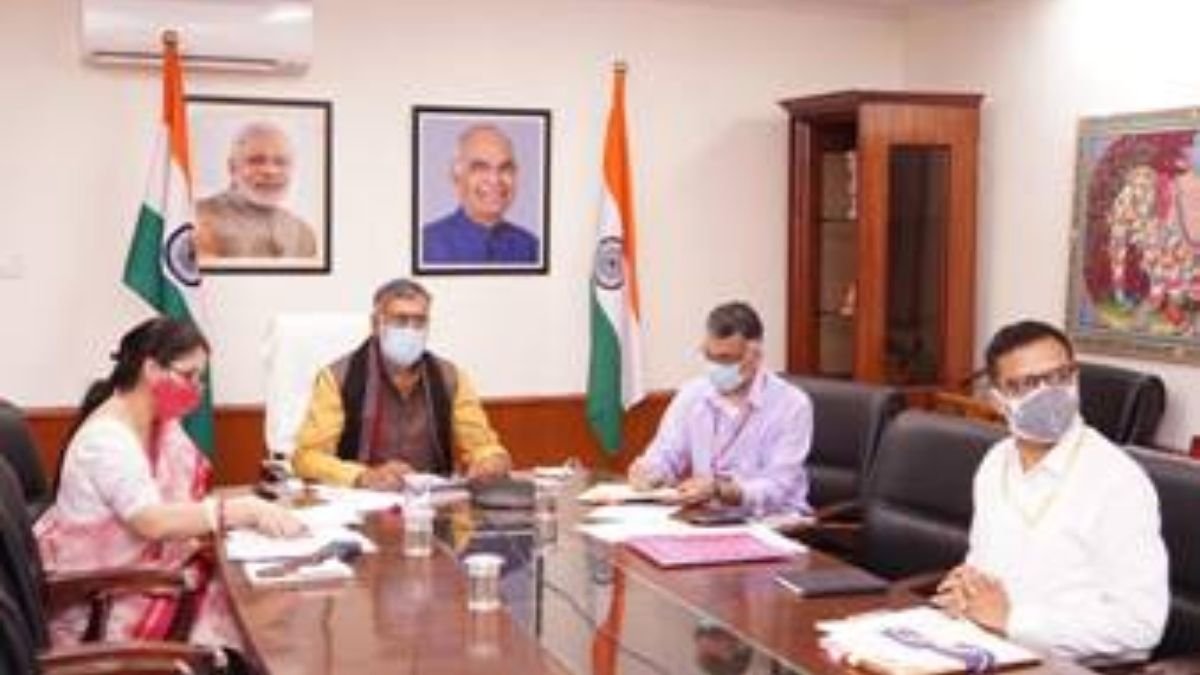 Reprinting of about 100 sets of sacred Mongolian Kanjur to be completed by Culture Ministry next year for distribution in the main centers of Buddhism in Mongolia: Culture Minister

A meeting of the Minister of State for Culture & Tourism (Independent Charge) Shri Prahlad Singh Patel with the Mongolian Minister of Culture, Ms. Chinbat Nomin was held today in virtual mode, to discuss various issues under the Cultural Exchange Program between the two countries, and other areas of common interest.

It was reaffirmed that our strategic partnership, which was established during the historic visit of  Prime Minister Shri Narendra Modi to Mongolia in May 2015, would continue to be sustained and strengthened.

It was also emphasized that India’s historical connection and convergence in Buddhism with Mongolia forms the basis of our deep, spiritual friendship.

Culture Minister thanked Ms.Nomin for the special prayers conducted by some of the leading monasteries in Ulaanbaatar for India during the pandemic. Ms. Nomin took the opportunity to express the solidarity of Mongolia with India and the Indian people in their fight against the Covid pandemic.

The Indian Minister stated that to further consolidate our shared legacy, 10 dedicated ICCR scholarships for studying ‘Tibetan Buddhism’ have been allocated for Mongolians to study in specialized institutes of CIBS, Leh, and CUTS, Varanasi, starting from 2020-2021.

Culture Minister reiterated India’s commitment to the digitization of Buddhist manuscripts in Gandan monastery and said India would consider Mongolia’s request for assistance in setting up a museum-cum-library there. He further stated that the Ministry of Culture is likely to complete the reprinting of about 100 sets of sacred Mongolian Kanjur (108 volumes each) by next year for distribution in the main centers of Buddhism in Mongolia.

Shri Patel explained the steps taken by the Govt of India to facilitate the visa and travel of Buddhist monks from Mongolia within India.

Both sides expressed deep satisfaction at the strong cultural bonds and spiritual connection that has been developed between the two countries and reaffirmed their commitment to take forward the mutual cooperation as soon as the situation of COVID eases in the two countries.