Speaking on the second day of the 9th International Tourism Mart in Kohima Shri Ajay Bhatt said that the North East region is endowed with diverse tourist attractions and each State has its own distinct features. The attractions are scattered over the entire region and are largely located in remote areas within a highly fragile environment. These attractions and the people of the Region constitute rich tourism resources. Shri Ajay Bhatt said that North East has a huge potential for adventure and eco-tourism.

On the second day of the Mart State Tourism Departments of Nagaland, Arunachal Pradesh, Assam, Manipur, Meghalaya, Mizoram, Sikkim and Tripura gave presentations on their tourism potential and products. After that discussions on several aspects of tourism and unique tourism products started and experts highlighted the Rafting, Trekking and Road Expeditions, Potential of Fairs and Festivals for Tourism in NER and Potential of Food and Wine Tourism in North East.

The objective of the event is to highlight the tourism potential of the region in the domestic and international markets. The coffee table book on Nagaland was also launched on this occasion.  The event was attended by over 300 delegates including government officials, industry stakeholders and local participants.

The event was attended by the High Commissioner, Brunei Darussalam, High Commissioner, Malaysia, Ambassador Extra Ordinary, Republic of the Union of Myanmar, Ambassador, The Socialist Republic of Vietnam, amongst others attending dignitaries and diplomats. Other high-ranking officials from participating Ministries/Government bodies are also going to be part of the event. In line with the Prime Minister’s vision of ‘Ek Bharat Shreshtha Bharat’, the delegation also includes students from across the country who, as part of a study tour, will be interacting with local students and immersing themselves in the region’s rich heritage and culture.

The event has been planned and scheduled to facilitate interaction between buyers, sellers, media, government agencies, and other stakeholders. Around 50 buyers from different regions of the country participated in the Mart and engaged in one-on-one meetings with 75 sellers from the North East Region. This will enable the tourism product suppliers from the region to reach out to domestic buyers, to promote tourism. Domestic Buyers will be engaging in business-to-business meetings with sellers from the North Eastern Region as well.

To further enrich the experience of the participants, the Ministry has organised a visit to Kisama Heritage Village, Kisama War Museum and Morungs, Khonoma Village and Kohima World War II War Cemetery. The visiting delegation will be familiarised with the local community, local art and culture, and the rich heritage of Nagaland.

The International Tourism Marts are organised in the North Eastern States on a rotation basis. Nagaland is hosting this Mart for the first time. The earlier editions of this mart have been held in Guwahati (Assam), Tawang (Arunachal Pradesh), Shillong (Meghalaya), Gangtok (Sikkim), Agartala (Tripura), and Imphal (Manipur). 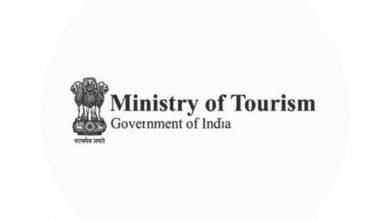 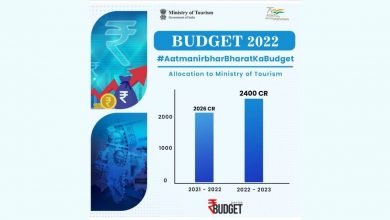