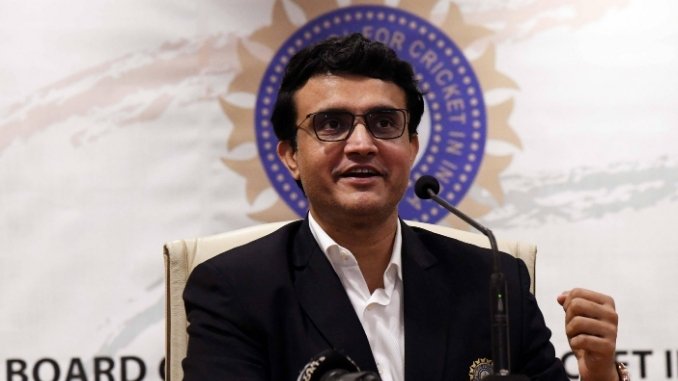 Sourav Ganguly, the president of the Board of Control for Cricket in India (BCCI) on Thursday said that it is a matter of great honor for the board to be hosting the 2021 T20 World Cup in India.

With just twelve months to go to the final of the ICC Men’s T20 World Cup 2021 in India, the International Cricket Council (ICC) and the BCCI teamed up to reveal the brand identity of the 16 team tournament in Dubai. “It is a matter of great honor for us to be hosting the ICC Men’s T20 World Cup. India has successfully staged several global events since the ICC Men’s Cricket World Cup in 1987 and I am sure cricketers from around the world would be excited at the prospect of playing in our cricket-loving country,” said Ganguly in an official ICC release.

“I have enjoyed being part of ICC events as a player and know from experience that nothing beats the buzzing atmosphere of a global cricket event with millions around the world watching every game. I now look forward to playing my part as an administrator as we prepare to host the prestigious event,” he added.

Inspired by the colors of India and the intense passion that fans have for the game, the brand identity is bright and full of energy, and embodies, the excitement that comes with the return of the ICC T20 World Cup, the unique fun and festive atmosphere of India, including the festival of lights – Diwali; as well as the fast and fierce pace of world’s best T20 cricket.
Warm and vibrant, it aims to attract all fans, especially families and the young-at-heart – welcoming everyone to share this special event. Functionally the design has been carefully constructed to come to life across all channels especially for digital and motion graphics.

The seventh edition of the Men’s T20 World Cup comes five years after the event was held in India. It will be the first global cricket event since this year’s highly successful ICC Women’s T20 World Cup which climaxed with a record 86,174 people attending the Australia-India final at the Melbourne Cricket Ground on International Women’s Day, earlier this year.

Sixteen teams from across the world will be coming together to participate, including Papa New Guinea as the newest qualified nation. The teams participating in the tournament scheduled for October-November next year are Afghanistan, Australia, Bangladesh, England, India, Ireland, Namibia, the Netherlands, New Zealand, Oman, Pakistan, Papua New Guinea, Scotland, South Africa, Sri Lanka, and the West Indies.

ICC Chief Executive Manu Sawhney said: “With Diwali just two days away and with the countdown to the tournament in India underway, this is an opportune moment to unveil our brand identity that so wonderfully reflects the vibrant festival of lights.”
“We are working very closely with the BCCI to deliver a stellar tournament bringing the world’s best players together to go head to head in the first global cricket event since the advent of the pandemic. Our focus will be on staging a safe and secure event that fans from across the world can enjoy,” he added.