Both contend to top the medal tally for their home university

It was a celebratory mood at the dinner hosted by Jain University chancellor Dr Chenraj Roychand Jain on Thursday for their champion swimmers who have ensured the hosts are on top of the medal tally with a rich medal haul of 16 gold, 5 silver and 3 bronze at the ongoing Khelo India University Games 2021.

Enjoying the scrumptious vegetarian meal were two champions whose performances stood out at the prestigious event: Olympian Srihari Nataraj and his contemporary Siva Sridhar. “I need my customary ice cream after every race,” exclaimed Srihari Nataraj, looking at Siva Sridhar who nodded in agreement. “We both usually have a big scoop of ice cream after our races, this has been a habit for many years,” mentioned Siva who bagged a total of seven gold and two silver while Srihari bagged six gold, one silver.

The two swimmers: foes in the pool but dear friends off it have been closely keeping tabs on each other’s success since 2008. “I met Siva in 2008 during a Swim Life competition for non-medalists. He beat me in all the events,” recalls Srihari vividly and was quick to add that he beat him the next year in the same events.

The two have shared a healthy rivalry over the past couple of years, be it Sub-Junior Nationals, Junior Nationals or the Senior Nationals. “I think till 2014, he would beat me in pretty much all the backstroke events. That was our main event: 50m, 100m and 200m backstroke. The races were always close,” recalled Srihari Nataraj.

From criticizing each other’s performances to arguing about who was the best in a race, from conveying compliments on their races to exchanging notes on their training sessions, the duo engages in nonstop banter when they are out of the water.  “We are warring in the pool but when we are outside, we are really good friends. We know each other’s families also for a very long time and it’s always been this healthy rivalry,” explained Siva Sridhar, who is on the cusp of winning the individual champion title at the KIUG 2021 with maximum medals.

While Siva Sridhar is the quieter one and likes to listen, Srihari Nataraj is not the one to stop chattering away. Giving unwarranted advice more often than not, Srihari said, “He sometimes doesn’t plan his races well. He opens too fast and ends up getting slower in his finish but I think here, he was really good in most of his races particularly the 200m IM (where Siva set a new meet record).”

“Sometimes he gives me very good advice and sometimes he gets me worked up so I just ignore him,” laughed Siva reacting to Srihari’s advice.

But introspecting on his own performance over the last few years, especially in comparison to Srihari’s who has gone on to become the youngest to clock the Olympic Qualification mark, Siva said: “I think I lost out on precious years when I opted to go to South Africa for three years on a swimming scholarship in 2015 April. I was homesick; I had gotten very lean and I came back much slower.

When I watched Srihari in the 2017 Junior National Championships in Pune, I thought, wow! he has gone way ahead of me. That’s when it got to me that things aren’t working for me in South Africa, I had hit and plateau and decided to come back to India for good. When I came back, I couldn’t even qualify for nationals. It was bad and I have really had to work hard to bounce back.”

Playing catch up now, Siva is hopeful of building on the tremendous confidence he has gained from his performances here at the Khelo India University Games 2021 to up his game in the upcoming months where they will be competing in an array of events including the Senior Nationals, where Siva would attempt to make the mark for Asian Games. “There is a lot I am taking away from my performances here at KIUG. It was reassuring that I still have it in me to make the cut for Asian Games, where I wish to enter for the 100m backstrokes along with Hari (Srihari) who has already qualified.,” said Siva.

“That would be really nice if he can actually qualify for the Asian Games and if we both can swim 100m backstrokes just like good old times. Now, he needs to cut almost 1.5 seconds in 100m backstrokes and stands a chance in 200m IM too and I definitely think he can do it,” signed off Srihari.

If NEP is the guiding philosophy, then NCF is the pathway and this mandate is the constitution - Shri Dharmendra Pradhan 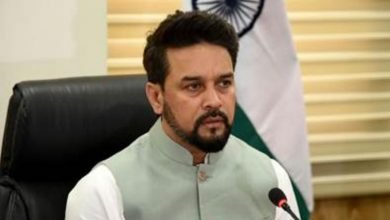 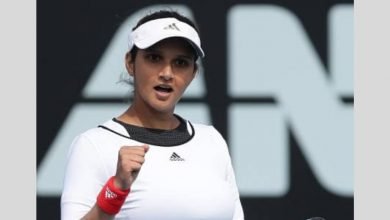 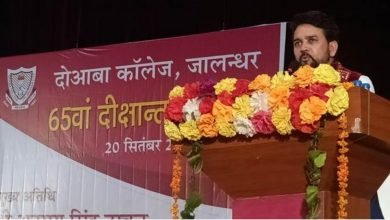 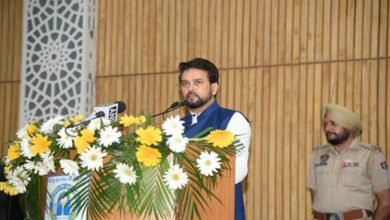 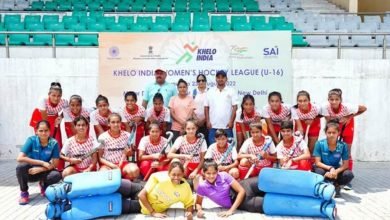