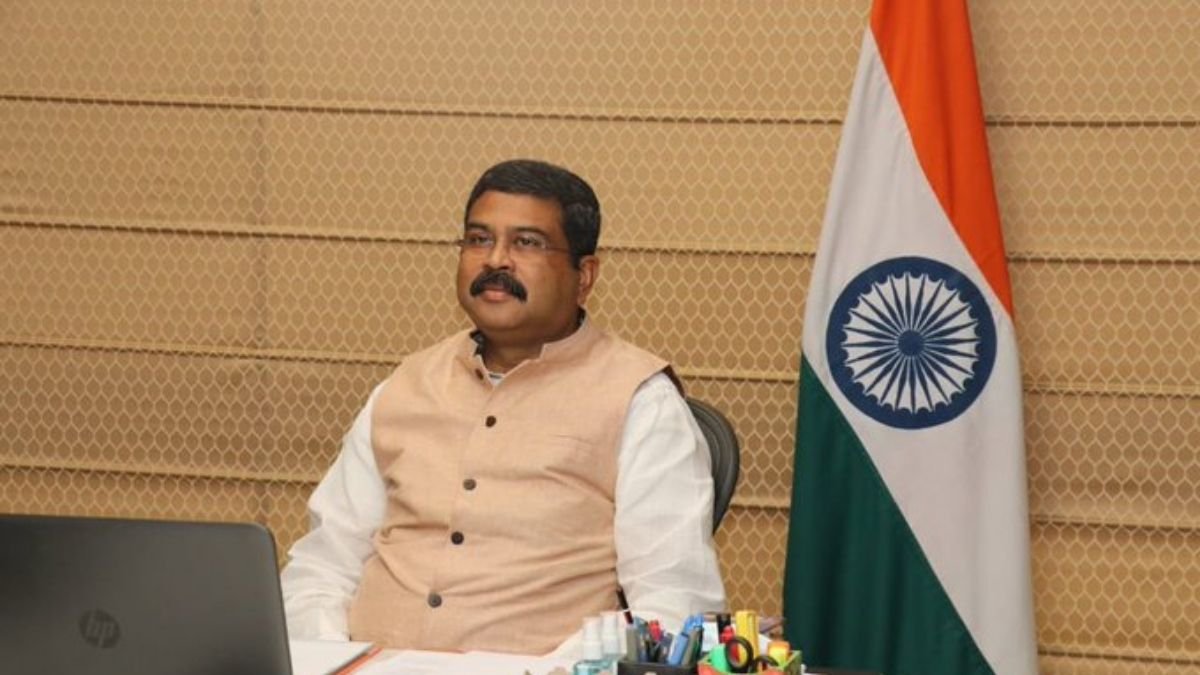 Union Minister of Railways, Commerce & Industry, Consumer Affairs, and Food & Public Distribution Shri Piyush Goyal, along with the Minister of Petroleum and Natural Gas & Steel Shri Dharmendra Pradhan and the Minister of Ports, Shipping and Waterways Shri Mansukh Mandaviya, today interacted with the industry leaders on preparedness for Cyclone Yaas. The meeting was also attended by the senior officers of IMD, NDMA, Shipping, Railways, and various State Governments. The meeting was called following the initiative of the Hon’ble Prime Minister, as was done on 16th of this month to check the preparedness for cyclone Taukate.

According to India Meteorological Department, the Depression over the east-central Bay of Bengal is very likely to move slowly north-north-westwards and intensify into a Very Severe Cyclonic Storm and reach Northwest Bay of Bengal near north Odisha and West Bengal coasts by 26th May morning. It is very likely to cross north Odisha – West Bengal coasts between Paradip and Sagar islands by the evening of 26th May as a Very Severe Cyclonic Storm.

NDMA informed that pre-emptive measures have already been taken to minimize the loss of lives and property. All agencies have been put on high alerts and they are working in close coordination to undertake rescue and relief operations. Preparatory meetings with the concerned departments and state governments have been held. All the fishing boats have been brought to the shore.

DG Shipping informed that they and the Ministry of Ports, Shipping, and Waterways have set up Control rooms, and advisories are being sent four times a day. Steps are being taken as per the guidelines and SOPs.

Railway authorities informed that passenger trains will be canceled from tomorrow onwards in the areas likely to be worst affected, and the freight trains will also be regulated when the wind speed picks up. Railways have already moved the emergency equipment and relief materials to strategic places, and the restoration work will be done at the earliest. The movement of Oxygen express from Rourkela will continue through alternative routes.

State Government officials apprised about the steps taken by them to reduce the impact of Cyclone Yaas, and their preparedness for undertaking rescue, relief, and rehabilitation in their respective areas. They said measures have been taken to ensure a smooth supply of essential goods, particularly for medical supplies. They have also issued advisories and instructions for the purpose.

Industry representatives said that sharing timely information gives them enough confidence to cope with the situation. The spirit of collaboration and cooperation among all the stakeholders will help in reducing the impact of such natural disasters. They also said that steps being taken by various agencies make them feel that they shall be able to face the situation in an effective manner. They also made several suggestions, which they felt could help in reducing the hardships.

Shri Piyush Goyal said that Central and State Governments are working hand in hand and undertaking orderly planning to ensure that there is minimal loss to people and the property. He said that with the collective efforts of all stakeholders, the recent super cyclone Taukate was well handled, and expressed the hope that Cyclone Yaas is also overcome honorably. He said that Industry participants can play an important role in ensuring this.

The Minister said that the Prime Minister yesterday and the Home Minister today had reviewed the preparatory arrangements, and the union Ministers are also engaged with the concerned authorities.  He urged that relief supplies should be properly channelized, minimum outages of Communication and electricity ensured, Mobile and torches kept fully charged, and DG sets fully stocked up with fuel. Shri Piyush Goyal called for constant monitoring of the situation, supporting the healthcare workers, and also all those in distress.

Shri Dharmendra Pradhan assured that the supply of Liquid medical oxygen from eastern India to the rest of the country will not be affected. He said that the Ministry of PNG has made a full assessment of various oil and gas installations, ships, docks, etc in the area, and learning from recent experience, has taken all precautionary steps to ensure minimal damage.

Shri Mansukh Mandaviya said that meeting with the industry before the cyclone Taukate helped the authorities as well as the industry. Better awareness, availability of information, and coordination helped in minimizing the losses and everyone was better prepared to handle the situation. He said this helped in taking preemptive steps and also take post-cyclone relief, rescue, and rehabilitation steps in an effective manner.