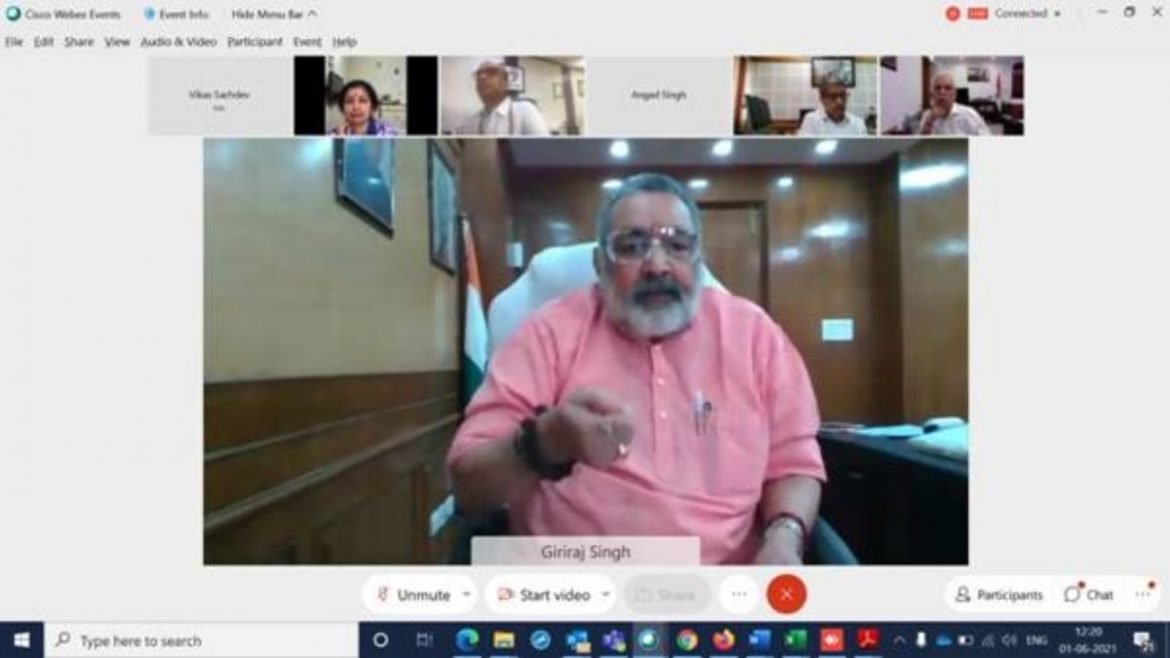 Milk production has increased at an average annual growth rate of 6.3% per year in the last 6 years –  Shri Giriraj Singh

Shri Giriraj Singh announced the launch of the National Awards for the Cattle and Dairy sector, the Gopal Ratna Awards. The award has three categories –  i) Best Dairy farmer, ii) Best Artificial Insemination Technician (AIT), and Best Dairy Cooperative/ Milk producer Company/ FPO. He mentioned that eligible farmers/dairy cooperative societies/ AI technicians can apply for awards online and the portal for the award will open from 15th July 2021. Winners for the award will be announced on 31st October 2021.

Shri Giriraj Singh also announced the integration of e Gopala App with the UMANG platform so that 3.1 Crore users of the Umang platform will get access to App. e-GOPALA app (Generation of wealth through Productive Livestock), a comprehensive breed improvement marketplace and information portal for direct use of farmers, had been launched by Hon’ble PM on 10th September 2020.

Minister also mentioned that Milk Production has grown at an average annual growth rate of 6.3% per year during the last 6 years whereas world milk production is growing at the rate of 1.5% per year. Per capita availability of milk has increased from 307 grams per person per day in 2013-14 to 406 grams per person per day in 2019-2020 that is y 32.24%.

He further stated that our dairy sector provides livelihood support to 8 crore dairy farmers engaged in dairying mainly small & marginal and landless laborers. The dairy cooperatives of the country have the singular distinction of providing seventy-five percent of their sales, on average, to the farmers. Over 2 crore dairy farmers organized into dairy cooperatives and there are 1.94 lakh Dairy Cooperative Societies collecting milk from milk potential villages.

The inaugural program was followed by a Technical Session on “Role of Breed Improvement Technologies in Genetic Up-gradation Programme”, many eminent experts and Scientists participated in the session.