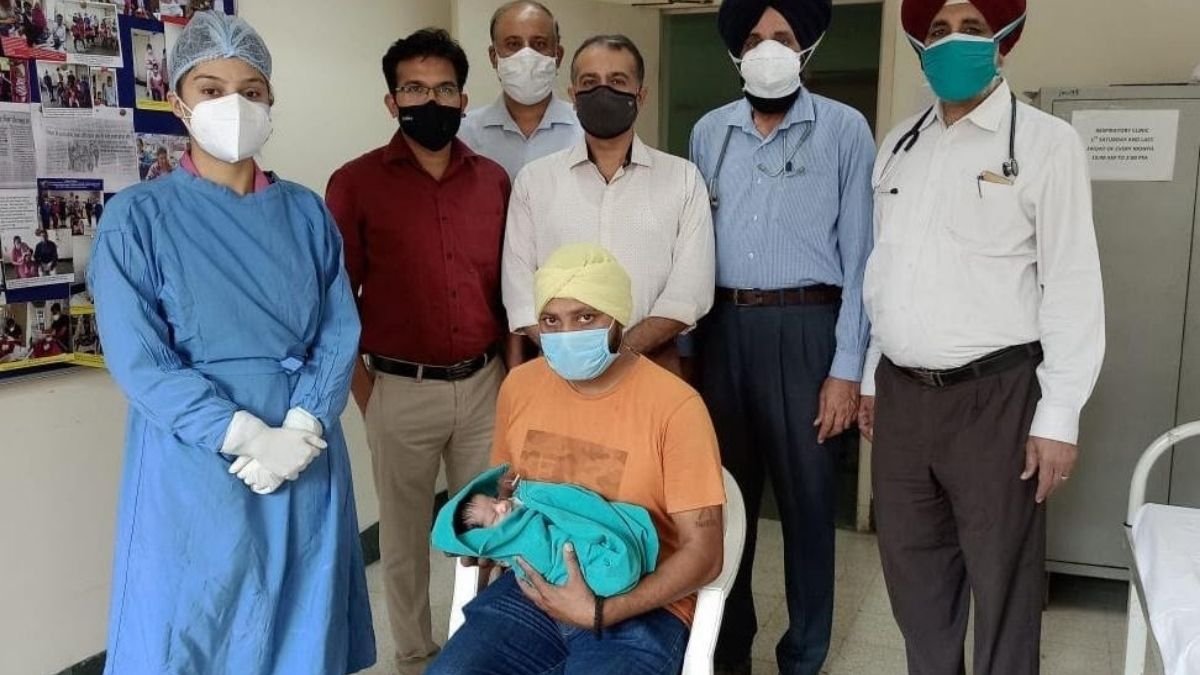 “Our happiness of having our baby was short-lived. We were shocked to know that our child has been detected Corona positive”, said Gurdeep Singh, his father, as both the parents were negative

He was just 20 days old when detected Corona positive. And it took him ten days to become Corona Warrior. The prayers of his parents and selfless service and expertise of the doctor and nursing staff carefully nursed him out of the deadly virus.

Smiles were all around when infant Sukhdeep Singh, probably the youngest winner in the state, was discharged from Punjab Institute of Medical Sciences (PIMS), Jalandhar, yesterday, after passing through all the medical tests including RT-PCR.

“Our happiness of having our baby was short-lived. We were shocked to know that our child has been detected Corona positive”, said Gurdeep Singh, his father, as both the parents were negative. Hailing from Kapurthala and having a humble background, he said it seems God has heard our prayers that he has recovered with the care and medical services provided by the hospital. Mother Sandeep Kaur’s happiness had no bounds as she cradled him back in the lap with a twinkle in her eyes.

The nursing staff looking after the infant was also upbeat. “We looked after the child with utmost care. It was hard to see an infant passing through all the pain”, said a staff nurse Ruby who was amongst the team. She said the child was spoon milked as his mother was not allowed to feed him because of obvious reasons.

Dr. Jatinder Singh, Pediatric in PIMS under whose supervision the child recovered said that the boy was admitted with high fever and seizures. His case was very challenging for us. All the more challenging was to counsel his parents. But they understood the gravity of the case and fully cooperated to treat the child. “In this second phase of the virus, all need to be protected against and must follow all the instructions given by the government to save ourselves as well as the society”, cautioned Dr. Singh.