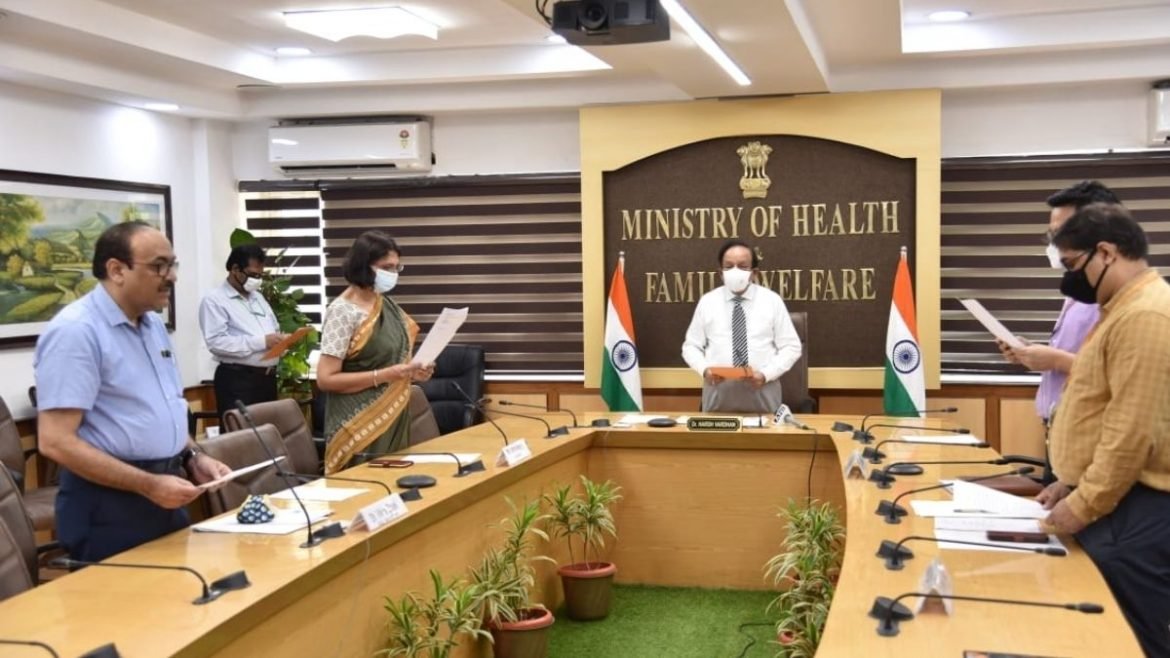 “Toll-Free Quitline Services available in 16 languages now. I appeal to people to change their behavior and quit tobacco use: Dr. Harsh Vardhan

Expressing his satisfaction at the timely event, Dr. Harsh Vardhan said, “In India, over 1.3 million deaths are attributable to tobacco use every year amounting to 3500 deaths per day, imposing a lot of avoidable socio-economic burden.  In addition to the death and diseases it causes, tobacco also impacts the economic development of the country.” Dr. Harsh Vardhan also pointed out that smokers face a 40-50% higher risk of developing severe disease deaths from COVID-19. As per the WHO study titled “Economic Costs of Diseases and Deaths Attributable to Tobacco Use in India” it has been estimated that the economic burden of diseases and deaths attributable to tobacco use of tobacco in India was as high as Rs. 1.77 lakh crores, amounting to approx 1% of GDP.

Dr. Harsh Vardhan underlined the country’s long history of incrementally decreasing the tobacco-consuming population through legal and administrative means. “Tobacco control legislation in India dates back to ‘Cigarettes Act, 1975’ which mandates display of statutory health warnings in advertisement and on cartons and cigarette packages,” he stated.

The Union Health Minister recollected his long fight against Tobacco at every step of his career: “As Delhi Health Minister, I got an opportunity to conceive the ‘Delhi Prohibition of Smoking and Non-Smokers Health Protection Act and have it passed in the Delhi assembly in 1997.  This very statute became the model for Central Legislation banning smoking in public places in 2002, on the directions of the Supreme Court.

This was followed by comprehensive tobacco control legislation in 2003 [Cigarettes and other Tobacco Products (Prohibition of Advertisement and Regulation of Trade, Commerce, Production, Supply, and Distribution) Act –COTPA, 2003] which aims to provide smoke-free public places and also places restrictions on tobacco advertisement and promotion.” Recognizing the contribution of Dr. Harsh Vardhan, he also received worldwide acclaim and for this historic effort, he received WHO Director General’s Commendation Medal and Certificate in May-1998, at a Ceremony held in Rio-De-Janeiro Brazil for working for a tobacco-free society.

He expressed his satisfaction that with the persistent efforts of Government and State Governments, the prevalence of tobacco use has decreased by six percentage points from 34.6% in 2009-10 to 28.6% in 2016-17.

Speaking on the staunch political commitment of the government in curbing tobacco use, he said, “When I joined as Union Health Minister, I decided to combat the menace of e-cigarettes and conceived the ‘Prohibition of Electronic Cigarettes Bill, 2019’ which prohibits Production, Manufacture, Import, Export, Transport, Sale, Distribution, Storage and Advertisement of e-Cigarettes.  The exemplary leadership of Prime Minister Shri Narendra Modi Ji convinced different stakeholders and allowed for the smooth passage of the Bill by the Parliament in 2019.  Sustained Government efforts have contributed to saving the country from the menace of e-cigarettes which could have disproportionately affected the teenage population.”

Dr. Harsh Vardhan highlighted the proliferation of calls to the Tobacco Quitline services: “We have toll-free quitline services -1800-112-356, initiated in 2016, that have been expanded in September 2018. The quitline services are now available in 16 languages and other local dialects from 4 centers. The number of calls on quitline before the expansion was 20,500 per month which has increased to 2.50 lakhs calls per month after the expansion.” He reiterated his appeal to the people to quit the use of tobacco and tobacco products.

The Union Health Minister spoke on the ambitious goals of The National Health Policy 2017 with respect to tobacco control: “We have set an ambitious target of reducing tobacco use by 30% by 2025. Our tobacco control targets have been devised keeping in view the targets for control of non-communicable diseases and are consistent with the targets set under the SDGs. We will be soon releasing the findings of the fourth round of Global Youth Tobacco Survey conducted among 13-15 year school going students.”

He also thanked all other Partner Organizations, Ministry Officials, Ground Workers, and notably, WHO for the gains made in curbing Tobacco use so far. Dr. Harsh Vardhan thanked WHO Director-General for recognizing his services and that of the Health Ministry work on tobacco control in 2021 for conferring Director General’s Special Recognition Award in 2021. Every year, World Health Organization (WHO) recognizes individuals or organizations in each of the six WHO Regions (AFRO, AMRO, EURO, WPRO, EMRO, and SEAR) for their accomplishments in the area of tobacco control.