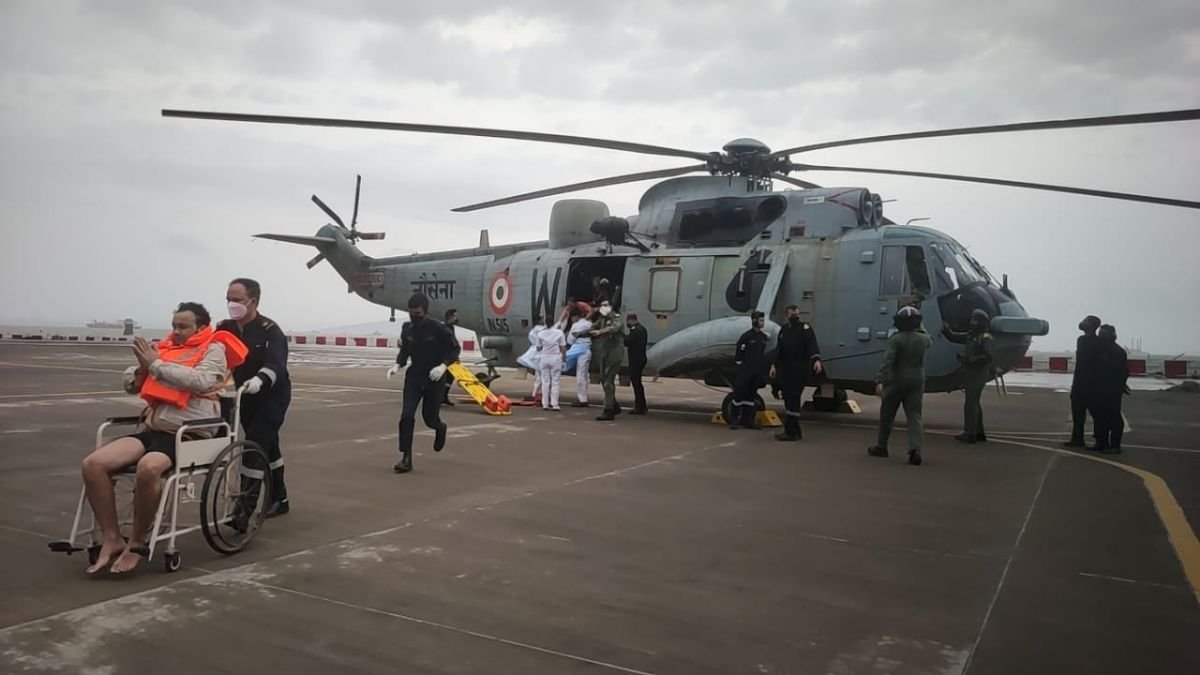 Indian Navy Seaking helicopter was launched to rescue the crew of GAL Constructor, which ran aground North of Mumbai

Indian Naval Ships Beas, Betwa, and Teg joined INS Kochi and Kolkata for undertaking Search and Rescue (SAR) operations for Barge P-305, which sank 35 nautical miles from Mumbai (in the Mumbai Offshore Development Area) SAR has also been augmented with P8I and naval helicopters, who continue to undertake an aerial search in the area. Since the commencement of the SAR from PM 17 May 2021, 180 survivors have been recovered so far.

SAR efforts are also in progress off the coast of Gujarat for three vessels namely Support Station 3, Great Ship Aditi, and Drill Ship Sagar Bhushan, which are 15-20 nautical miles southeast of Gujarat coast (Pipavav). INS Talwar has arrived in the area and taken over the duties of ‘On-Scene Coordinator’ for coordination of the SAR effort.

The Western Naval Command, in coordination with ONGC and DG shipping, has diverted five tugs to render assistance. Great Ship Aditi and Support Station 3 has been able to drop anchor. Meanwhile, OSV’s Samudra Sevak and SV Cheel are connected to maneuver Sagar Bhushan, and the situation at present appears to be stable.

The sea continues to be extremely rough with sea state 4-5 and winds 25-30 knots (approx 35 – 55 kph), posing a challenge to the ships and aircraft involved in Search and Rescue operations.