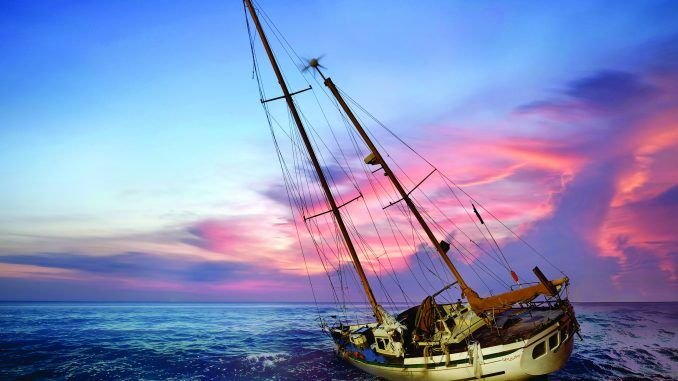 In a candid conversation, Dr Vikas Kumar Singh, author of the upcoming book ‘Return Ticket’ gives his insights about the concept of “premeditatio malorum”

Even the best laid out business plans can go amiss due to internal factors or external shocks. Just a few months back, who had imagined a world with lockdowns, remote work and education, and virtually a complete stop to international travel? Amid numerous books and lectures on the merits of positive thinking, an important but mostly neglected branch of ancient stoic philosophy is the practice of ‘premeditatio malorum’, or simply stated, the premeditation of evils. The concept dates back over two thousand years and was an integral part of the stoic philosophy in ancient Rome and Greece. Noted stoic philosophers like Marcus Aurelius & Epictetus regularly practiced this technique to eventually overcome all  challenges and downturns of  life with equanimity and strength.

An extreme example of putting the philosophy to practice was another stoic philosopher Seneca; a senator and advisor to emperor Nero. Seneca practiced what is often referred to as ‘preferred poverty’—living an austere life for some days in a month, simply to prepare himself mentally for any negative events  in life .These philosophers knew well that mere anticipation of  downturns doesn’t magically make things easier, but rather the goal is to fully prepare yourself for any unforeseen eventuality. In other words, these ancient stoics engaged in “Practicing Misfortune”.

Could a concept like this have implications for business practice? In a candid conversation, Dr Vikas Kumar Singh, author of the upcoming book ‘Return Ticket’ gives his insights about concept of “premeditatio malorum” and how it can help any business across the globe to meet unforeseen business challenge and overcome them with ancient Stoic wisdom.

Negative thinking can be good

Scenario simulations or ‘what-if’ analysis is a common practice in MBA classrooms as well as corporate boardrooms. How often do these scenarios include extreme pessimistic situations? Over the past few decades we have been inundated with articles, books, and lectures on the power of positive thinking, both at a personal and professional level. Business leaders and managers are primed for optimistic bias, and constantly seek positive affirmations in their decision making. In this post Dr Singh argues for the equivocally crucial concept of “negative visualization”.

The interconnected business environment across the globe is marked by high competition and uncertainties, unforeseen situations that may challenge a large corporation or a small enterprise alike. These negative shocks could be internal to a company or an industry (e.g. a disruptive innovation), as well as unforeseen social, economic or political threats impacting all players and multiple sectors. Consider for instance Covid19 that has brought a huge blow to many businesses across the globe, impacting in particular certain sectors like travel and tourism. Just a decade earlier, the collapse of US housing market triggered a global financial crisis.

Due to inherent externalities in the financial sector, US housing market collapse impacted not just the banks directly involved, but also threatened the livelihood of small organization everywhere in the world , whether its  Dubai , Durban or Dakar. Likewise, Brexit or second lockdown imposed by the UK can have a far-fetching impact all across  Europe. Even minor border disputes can escalate (as in recent events between  China & India) or small acts of individuals (e.g. boycott of NBA in China, a boycott of French products in the Islamic world) can wreak havoc not only to businesses directly involved but also to allied industries, like shipping & logistics. In an era of social media and consumer activism, even an innocuous advertisement (e.g Tanishq jewellery in India) or a minor policy statement can trigger mass consumer sentiment and movements for a boycott with campaigns like delete Tik Tok , Uber or Facebook!

A useful concept practiced in some organizations is the notion of “pre mortem” in which the project team undergoes a thought experiment assuming the project has failed. Ultimate goal of the exercise is to reverse engineer and analyse potential causes leading up to the demise of the project.  Another similar practice is also popular & it involves ‘think about killing the company.’ Objective here is to pretend that you are the number one competitor of your company and thus apply all your strategies “to put yourself out of the business”. This in turn allows for careful introspection, identify potential weak links & then turn them back on to your competitors. Although simple, these costless endeavours could very well be the difference between firms that grow and survive any eventuality.

Dr Vikas Singh further adds that it would not be an overstatement that ‘pre-meditating of evil’ has almost become mandatory for growth and survival in current global environment.  As noted Stoic philosopher Epictetus said, “We do not control the events around us but certainly we do control the way we respond to those events”. Premeditatio malorum is one of the best (and virtually costless) technique for continued vigilance of potential threats and preparation for the next challenge or downturn round the corner.  “Plan for the worst and hope for the best should be the ideal daily mantra in modern times”, finally sums up Dr Singh.

Dr Vikas Kumar Singh is international marketing strategist and author of upcoming book “Return ticket.” He can be contacted at drvikascandy@gmail.com