Converge BioTech created a pan- India presence with coverage at 8000 Doctors and 7500 retailers within 5 years.

“The innovation we undertake or the medicines we manufacture are paramount to the wellbeing of society. Every year the pharmaceutical companies produce innumerable lifesaving drugs, yet millions of people die, either due to lack of access to these drugs or their inability to afford the treatment cost. At Converge, our biggest mission is to plug this gap”, quotes Arun Kumar Bijjala, the man behind Converge Biotech, a leading healthcare organization headquartered at Hyderabad.

Converge Biotech started as humble beginnings in the year 2015 with a product portfolio of 10 brands, a team of 25 employees and operational in 2 states. Within a short span of 5 years, it had a pan-India presence with coverage at 8000 Doctors and 7500 retailers and is now a name to be reckoned with in the healthcare industry. The company has a strong foothold in the critical care and cardio-diabetic segment, and with the recent launch of Vergiflu (Favipiravir), it has marked its foray into the ant-viral space. A strong employee-centric culture, strategic innovation, robust planning and meticulous execution have been at the core of Converge Biotech’s success.

Converge Biotech is the brainchild of Arun Kumar Bijjala, a professional with 2 decades of versatile experience. An out-of-the-box thinker, he was popular for challenging the status quo of defined processes during his stint with organizations as Panacea Biotech, Novartis and Biocon.

Arun was aware that India has a significantly high disease burden, but unlike advanced economies the cost of treatment for most ailments was not covered under insurance. When pharmaceutical industry was grappling with pricing pressures and regulatory compliances; offering medicines that were accessible at an affordable price, without any deviation in quality was a challenge that he took head-on.

To begin, Arun ensured that all products offered by the company were manufactured in WHO GMP certified facilities and were additionally audited by the Quality Control team. Operational efficiencies were built in to reduce overheads and pass on the price benefit to the end consumer. Two significant examples were dry powder injection Staflowin (Flucloxacillin) and Tablet Tenlicret (Teneligliptin), which offered an affordability index of 40- 60%. Converge proactively plugged therapy gaps by introducing innovative products and combinations. Accomplishing a rare feat, the company achieved its breakeven in the very first year, much of which was attributed to the strategic planning of Arun Kumar Bijjala.

To scale-up the operations, Partha Roy Chowdhury was on-boarded as COO in the year 2017. Having more than 3 decades of versatile experience in Sales and Marketing, his professional stint included leadership positions in organizations as Serdia, Panacea Biotech, Zydus Cadilla and Biocon.

With a cumulative work experience of 7 decades and strong research acumen; the senior management combined strategic planning with an agile methodology. Operational procedures were optimized to generate demand, while ensuring that products were known to a wider medical community and were easily available throughout India.

An organizational culture of utmost transparency and trust was cultivated, commensurate with the vision of the organization. The first breakthrough came when Converge became ISO 9001:2008 certified in the year 2017, being the youngest organization to reach this milestone. Subsequently, it was also awarded as the Fastest Growing Company.

“For us at Converge, it has always been about scientific promotions and collaborative learning. We frequently organize scientific discourses for the medical fraternity and knowledge-enhancement sessions for our internal teams”, quoted Partha. Converge has also been active in raising awareness about diseases and their prevention, through patient awareness programs in co-ordination with Doctors. In these POCT Devices are used to reduce turnaround times for tests as SMBG, HbA1C, and ECG monitoring.

Within a span of 5 years, the company has demonstrated an aggressive growth. Arun attributes this to strong support from Team Converge, which has worked relentlessly to fulfil the company’s vision. Acknowledging the significant contribution of Converge Biotech to the healthcare industry, it was conferred with the Emerging Entrepreneur Award in the year 2019. However, Team Converge believes that its biggest reward is the difference that it is able to make to society. For more information, visit  http://www.convergebio.in/ 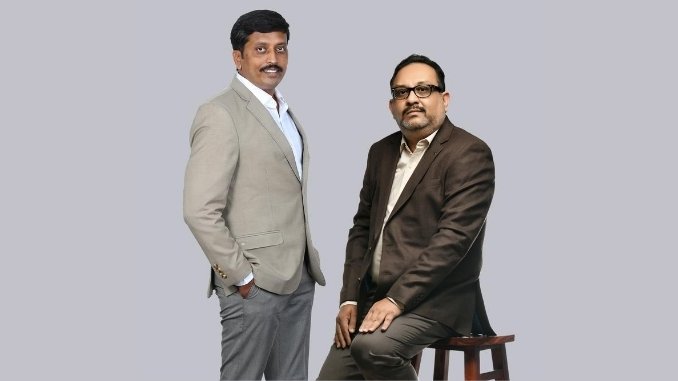 June 24, 2020 Comments Off on Shri Natarajan Chandrasekaran re-nominated as part-time non-official Director on Central Board of Reserve Bank of India