The Prime Minister stated that his experience as Chief Minister of Gujarat provided him insights into shortcomings of the health sector of the country arising from having multiple health systems. He said, “We have worked on a national approach and national health policy to transform the country’s health sector. From Swachh Bharat Abhiyan to Ayushman Bharat and now Ayushman Bharat Digital Mission, many such efforts are part of this approach”. He said that about 3.5 lakh people in Rajasthan received free treatment under the Ayushman Bharat Yojana with 2,500 Health and Wellness Centres serving the State.

The Prime Minister highlighted that the Government of India has been working hard to correct the regional imbalance in healthcare with the expansion of the AIIMS network from 6 to 22 with medical colleges in aspirational districts and the upgradation of super-specialty hospitals. In the last 6-7 years, more than 170 new medical colleges have been set up and rapid work is going on with more than 100 new medical colleges. In 2014, the total seats of medical undergraduates and postgraduates in the country were about 82,000. Today their number has increased to 1,40,000, he said.

Rajasthan had about 2000 undergraduate and less than 1000 post-graduate medical seats which have now increased to more than 4000 and 2100, respectively. The advent of the National Medical Commission has addressed the problem of impropriety in Medical Education, he said.

The Prime Minister also underscored the success of the ‘Free vaccine, a vaccine for all” campaign: more than 88 crore doses of the corona vaccine have been administered in India with more than 5 Cr doses administered in Rajasthan.

The Prime Minister noted that skilled manpower is the need of the hour for one of the fastest-growing industries like the Petro-Chemical Industry. He said that the new CIPET: Institute of Petrochemical Technology will connect the lakhs of youth with new possibilities. He also pointed out the ease of living introduced by the arrival of toilets, electricity, gas connections.

Shri Mansukh Mandaviya expressed his gratitude at the landmark event and said, “Prime Minister Shri Narendra Modi Ji was the first administrator to link health with development. As he completes 20 years of public service on the 7th of October, one cannot help but look back at the achievements in health that epitomize the call of Sabka Saath Sabka Vikas. In Gujarat, Mukhyamantri Amrutam Yojana offered treatment up to 2 lakhs in private hospitals while the Chiranjeevi Yojana enabled expecting mothers to use private facilities for their delivery.” He added that Ayushman Bharat has enabled more than 2 crore beneficiaries to avail themselves treatment up to Rs 5 lakh which benefits migrant workers outside their States.

He also underscored the importance of CIPET Jaipur for the MSME sector of Rajasthan: other than providing employment to skilled labor strengthening institute-industry connect, these institutes undertake research that helps the enterprises and allow their testing facilities to be used by them for quality control. There are 42 such institutes in the country, he stated. Working on the principle of “Education Institutes to Industries” principle, more than one lakh students get training in various sectors in these institutes annually. The high percentage of placement of 95% has ensured employment for these students.

CIPET is a Polymer for People: It will help the country for plastic waste management, provide opportunities to the youth and prepare India with skilled manpower

Shri Om Birla thanked the Prime Minister for the Medical Colleges in the four districts which are primarily tribal and under-developed: “The local people will benefit hugely through affordable medical education and good quality health care services.” He also expressed gratitude to the Prime Minister for the CIPET-IPT in Jaipur. “This is a pivotal move towards Aatmanirbhar Bharat”, he stated. This will contribute towards fulfillment of the vision of Prime Minister’s ‘New India’, he added.

Shri Ashok Gehlot thanked the Prime Minister for CIPET-IPT and the four Medical Colleges to be established in Rajasthan in Sirohi, Hanumangarh, Banswara, and Dausa. He requested assistance in setting up one Medical College in each district in the state, especially in the backward and tribal districts highlighting that medical education has seen an expansion in the country in the past ten years. 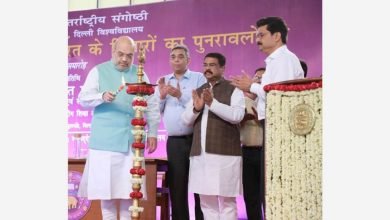 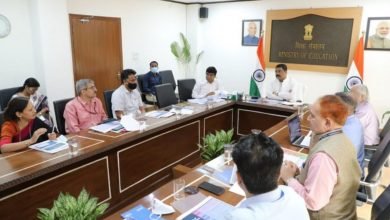 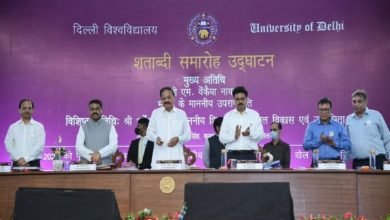 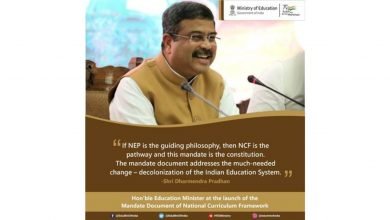 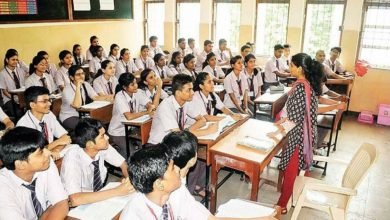 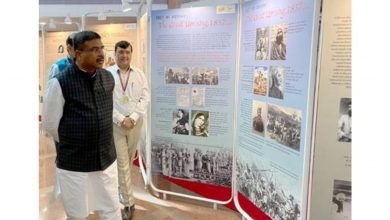