The government of Karnataka and the British Council have signed a Memorandum of Understanding (MoU) to further bilateral cooperation in higher education in the presence of Chief Minister BS Yediyurappa here on Thursday.

Karnataka’s Global Innovation Alliance (GIA) initiative for innovation partnerships with countries across the globe has contributed to Karnataka’s global image as the leading tech hub. UK has been a very important GIA partner for Karnataka and 38 percent of UK investment into India in 2017-18 came into Karnataka, he added.

The CM welcomed the establishment of the tech hubs and tech clusters programmes as well as go global programmes that take innovative start-ups from India to the UK.
He also said the state government’s Urban Development department has collaborated with the UK through the climate-resilient cities for Shared Prosperity Urban Development programme.

This will deliver a transformational project on the design and delivery of multimodal transport hubs in Bengaluru, an Integrated Transport Authority and Transport Observatory in partnership with UK Catapults. The project demonstrates innovative ways to combat air pollution. The CM said this is a platform to highlight Karnataka’s leadership role and to mutually chart a way forward in the sector.

Barbara Wickham OBE, Director India, British Council, said, “The MoU is a further step in realizing the mutual vision of a deep, strong India-UK education relationship while supporting the knowledge ambitions laid out in India’s National Education Policy 2020. Through this MoU, we look forward to creating more education and employment opportunities for aspiring students of Karnataka as well as supporting the state’s vision for stronger higher education systems.”

Karnataka state is at the forefront of the implementation of NEP. Collaboration with UK HEIs through British Council is happening at an opportune time. Planned initiatives through this collaboration will immensely benefit the stakeholders of higher education, he noted.

The MoU will facilitate collaborative and mutually beneficial programs in Karnataka and contribute to increased research and social linkages in the field of higher education between the two entities. 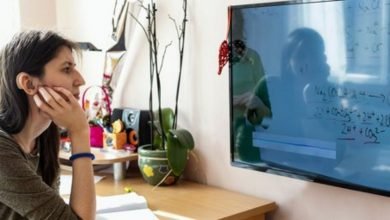 Space technology applications being used for digital education in the country